This year’s OLLI Day Alabama celebration will feature four outstanding speakers. The event is open to the public as well as OLLI members in two formats – In-person or Online.

To register for this event:  Register for OLLI Day Alabama 2021  or call Registration Services, 205-348-3000 and select your format – Online or In-person

In-person: The event will be held in the Rast Room, The Bryant Conference Center, on UA Campus, Tuscaloosa. Sessions hosted by UAH & Auburn will be shown on the large screen monitors via Zoom.

Online: The event is available to the online community via Zoom. Upon registration, you will receive an email with the zoom links.

Enjoy a Champagne Toast sponsored by our own Donna Boles.  The Toast is only available in person at the Bryant Conference Center in the Rast Room. 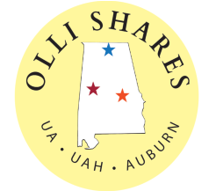 True to life opera comes alive in eight weeks. We’ll see and hear operas composed between 1900 and the present, so English language, familiar topics, and current affairs will dominate this semester at the opera!

Elizabeth Aversa is a retired The University of Alabama faculty member.  Although her professional career was in library & information science education, she was “raised on opera,” and has enjoyed it all her life thanks to parents who introduced her to opera at an early age to her husband with whom she enjoys operas at venues from the Met to The University of Alabama Opera Theatre.

The Founders: Famous and Forgotten

There is no universal agreement as to how many individuals are classified as America’s Founders. Some of the Founders are so obvious and so famous as to known by most literate Americans. Others may have been recognized as such in the 18th century but have been become somewhat forgotten in today’s world. We’ll discuss the famous as well as some forgotten individuals whose unparalleled exploits were so remarkable as to make them all deserving to be known as American Founders.

Richard Rhone has taught American history classes for OLLI for over a decade after retiring from careers in public education administration as well as child abuse and neglect prevention. His topics generally range from the American Colonial/Revolutionary War through the War Between the States and the Wild West with an emphasis on the personalities and social aspects of history. His doctorate is from The University of Alabama.

Join us for a fun and interactive course on the majestic island of Iceland. The course will focus on Iceland’s Economy, History, Geography, and Geology over the past 100 years. Experience how the Land of Fire and Ice continues to evolve as a society with various guest speakers from Iceland and the US including a live Q & A from Iceland. We will explore how Iceland innovated its way to energy independence and now makes 99 percent of all the country’s energy from renewable resources. If you love this course, you will have the opportunity to join us next year in Iceland!
Anthony Davolos was a Vice President of Marketing, Advertising and Media in NYC for a global brand.  In this role he traveled around the world which further shaped his passion and love of travel. Now, he runs a group tour company where he created a department that focuses on continuing education through travel. Helping bring to life “new worlds” and experiences is his passion and Iceland is one of his favorites.

This course will cover the history of paleontology in the world and Alabama, highlighting the key people and fossils that advanced understanding of Deep Time, and life on Earth. Alabama fossils will be displayed in class along with images in power point presentations. Optional field trips to the Auburn University Paleontological Collections, Alabama Museum of Natural History, and the McWane Science Center will be offered.

Bill Deutsch is an aquatic ecologist with degrees in Zoology, Biology, Anthropology, and Aquatic Ecology. He is a member of the Alabama Paleontological Society, and regularly searches for fossils statewide. Bill has a life-long interest in fossils and paleontology and is currently writing a book on the subject.

George Martin has been donating fossils to The University of Alabama Museums since 2005 when he first brought in a partial fossil sea turtle shell and pelvis from the late Cretaceous of Alabama. A retired soil scientist from the US Department of Agriculture- Natural Resources Conservation Service (USDA-NRCS), George says that he has been interested in geology and paleontology his entire life. His job as a soil scientist has taken him all over the southeast, including Alabama and Louisiana, and has allowed him the opportunity to learn the local geology while keeping his eyes peeled for fossils.

The continuation of a sequential, multi-term course, with slide-based Zoom presentations that explore the origins and evolution of American folk and roots music. It features numerous audio and audiovisual examples of songs that range from centuries-old British ballads, to popular songs during the so-called “folk music revival,” to songs released in the last 10-20 years, best classified as “Americana.” It incorporates the folk music of African Americans and discusses how this music was separated commercially from Anglo-American folk music.

This class will cover the history of the Wilderness and the Wild & Scenic Rivers Acts and their Alabama lands, National Park and Wildlife Refuge lands in Alabama, Forever Wild Program and lands it has purchased, and some other state lands.

Carolyn Carr is an environmental economist and longtime wildlands activist who has organized wilderness campaigns in Arizona, New Mexico, and Alabama. She has taught many OLLI environmental courses.

World War I: The Theaters of War

World War I was truly the first great global conflict. We all know about the slaughter along the Western Front, but did you know this war was also contested in Africa? In China and the Pacific? The Middle East? Learn about all of the fronts, forces engaged and perhaps gain a better understanding of how the global politics that affect us even today were determined by an assassin’s bullet in Sarajevo on June 28, 1914.

John Mason was, for most of his adult life, a contracting specialist with the U.S. Government. Now happily retired, he spends his time in Huntsville, Alabama studying the American Civil War and Military History in general, along with a somewhat eclectic range of other subjects. His current book is a historical-fiction novel about the American Civil War. When not researching and writing, he likes to spend time reading, computer gaming, walking, and, of course, teaching.

Tennent Lee retired after practicing law in Huntsville for 43 years. He holds B.S. and J.D. degrees from The University of Alabama. Since his retirement, Tennent has become an avowed “history junkie”, especially military and political history.

Discover the beauty of Asian art by starting with the artistic expressions and influences of Ancient China. Learn the similarities and differences between their art and the European and American art forms while looking at new perspectives, cultures, and techniques.

Debbie West graduated from UAH with a bachelor’s degree in art. Awarded two Fulbright Scholarships for the study of art in China and Turkey, she has traveled extensively in Europe to study original works of the Masters. She taught art in the Huntsville City School System for 25 years.

Dolly Parton: More Than a Cup of Ambition

Who ends a business deal with a song? Singer, songwriter, actor, humanitarian, entrepreneur, Dolly Parton has proven she has talent, intelligence, personality, and a heart as big as her hair. Revisit your favorite stories and songs as you explore the depths of this tiny bundle of energy from the hills of Tennessee.

Nancy Darnall has been an instructor for OLLI at UAH for several years, teaching classes on civil rights and racial justice, The Soundtracks of Our Lives, and more. She has a BS in Education and an MBA. OLLI challenges and enriches her life through education, friendship, fellowship, travel, and culture. She has served on multiple committees and the OLLI at UAH Board of Directors.

OLLI offers online and in-person programming throughout the state of Alabama.